I keep studying Arabic instead.

I love the Pashto I’ve encountered so far, but I have a confession: I have been temporarily tempted aside by Arabic. Just as I was about to finish the first 30 audio lessons that Pimsleur offers for Pashto, I realized that Pimsleur had added 60 more lessons for Modern Standard Arabic. When I studied it six years ago, there were only 30, so this is a major major windfall.

Now, there are Arabic influences in Pashto, so it is not totally irrelevant. And the writing system in Pashto is based on the Arabic alphabet.

Still, in figuring out how to organize this blog, I can see my challenges keeping a single linguistic focus at a time are growing. I belong to the Polyglots group on Facebook, with posts all day long on all different languages, and I love it and end up there daily, and am constantly being seduced away from whatever language I am working on, but it is totally fun and totally worth it.

Today, for instance, while reviewing the Polyglots feed in the company of a copious quantity of espresso, I came across a beautiful, poignant post written by group member Drita Isufaj. She is an assistant professor of literature in Albania, and what she wrote brought tears to my eyes. With her permission, I am reposting it here. 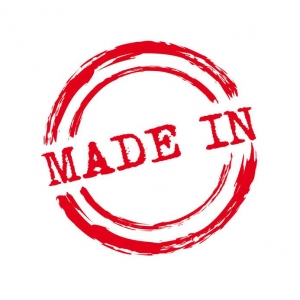 “Made in”
For the citizens of an isolated country such as my country Albania that was for 50 years, under the regime of a wild communist dictatorship (very similar to the North Korean one), this two small words, meant a window to the world.
They were written in the foreigner products coming from abroad (there were very very few of them); we used to pronounce them literally m-a-d-e i-n; we did not know what they exactly meant, all we knew was that they were to us a sign of the free world.
After the communism fall, when I started to learn English during the ‘90-s, as a child, I was amassed to discover the exact meaning of this two “magic” words, but it was difficult to me to pronounce them correctly, cause they were memorized in my mind differently. - Drita Isufaj

As for Pashto, my neglected but lovely friend, I will put up an entry shortly on all the books and materials I have amassed for that language, some of which I have begun reading and some of which I am still merely admiring from afar. I think I have pretty much covered the market for materials on this one, but as is always the case, unread books remain considerably less informative than read ones.

I can understand this completely. I am forcing myself to stick to Esperanto, but I keep thinking longingly back to my old love, Japanese, and I have allowed myself to work on Latin because my mother and brother are still working on it (we once decided to try to learn it together). And then there is Arabic, and Russian, and Mandarin Chinese, and Icelandic, and Danish, and Lojban, and Klingon, and Finnish, and Spanish, and Swahili—the list goes on.

Also, yes, the “MADE IN” section was very touching.

Thank you so much, Vincent. I love your comment.

As I was putting it live, I noticed I had recently received another comment reading, “Your goal is to breed all the different dragons.”

Somehow I relate to yours a lot better. ;)

Anyway, your comments are always very much appreciated and always right on.

Sympathetically yours in language study,
Ellen

I have basically the same “problem”. Apart from that, I like reading here sentences like “I love the Pashto I’ve encountered so far,” or many others like that. I am Spanish and if you say that you are working on languages like Hindi or Japanese you start to see weird faces or listen to clumsy comments. Somehow this permeates my mood. I am for instance interested in Farsi and in the best Spanish manual I have found so far it says that if I learn it, Tajik will be very close. It is stupid but reading this fact made me feel afraid of myself, I felt I was traveling too far away. Since stupidity is not one of the principles that guide my life (at least I try) and in Spain people don’t go to jail for learning languages I will try to learn Farsi no matter how close it is to Tajik but, meanwhile, finding people interested in languages like Pashto is always warming and encouraging.

It is very interesting your comment (July 3, 2014) “my memory reached a limit long ago. But I am still having fun taking this trip, and as long as I enjoy the exploration”. I have studied many languages and sometimes I stop and wonder what’s the purpose of it. In my case it was not the goal “I want to read in x number of languages” but that “enjoy the travel” may “explain” many things. Being in the middle of that flux of words even if they go out at the same speed as they go in may become a good trip by itself but those words have roughly the same explanatory weight (close to zero) as the phrase “because it is there” that mountaineers use when they have to explain why they do all that effort to climb a mountain. The levity which goes hand in hand with all this language learning makes me inevitably feel an emptiness which… well… I guess it is better to stop here and spare you the predictable philosophical rant.

I cheat on Arabic with Farsi! Same writing system but much easier grammar since it is Indo-European (like Pashto). Fewer dialects. And with it comes the amazing food, art, fascinating geopolitics…I spent last week in Little Tehran, Los Angeles, and that was the end of my Arabic studies!

What are the boundaries of Little Tehran in Los Angeles these days? Roughly, I mean. That is my hometown!

Westwood area! If you’re ever there, I can recommend a wonderful Farsi tutor who did a one-off lesson with me to satisfy my curiosity. Also, amazing saffron ice cream at Saffron and Rose, and a Persian market a few doors down.